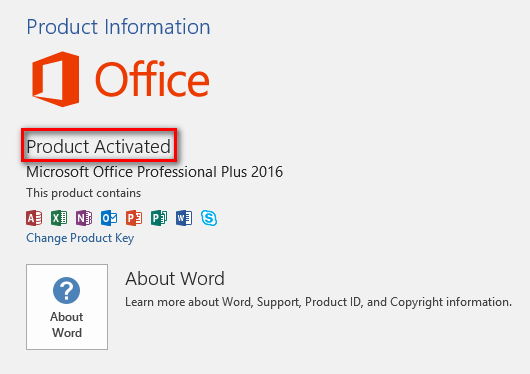 Microsoft has officially announced the availability of the final version of its Office 2016 release for Windows and Mac users. Following the release of the preview version, Office 2016 has been refined and is now available to users.

It includes virtually every change that has been added to the suite of programs in Office 365 over the past 3 years, although some features remain exclusive to subscribers. In addition to the main programs Word, Excel, PowerPoint, and Outlook.

Office Professional Plus 2016 includes Access, Excel, Outlook, PowerPoint, Publisher, Word, and Skype for Business. There isn’t a 2016 version of OneNote, but OneNote 2016 is available for Office 2016

After downloading the installation files, internet access isn’t required to install, activate, or use Office 2016. There isn’t a 2016 version of SharePoint Designer or InfoPath. The last version for both products is 2013.

Office 2016 is a valuable update for customers who aren’t yet ready for the cloud. And each time we release a new on-premises version of Office, customers ask us if this will be our last. We’re pleased to confirm that we’re committed to another on-premises release in the future.

This includes the following Office products:

Your order has been successfully placed